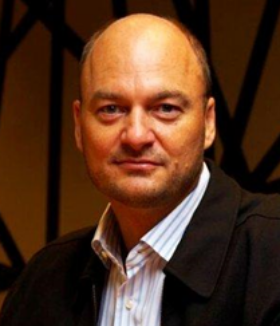 Nicholas Davie is the Chairman of a quantitatively based hedge fund called Centrifuge Capital, a fund based on long term equity positions derived from machine learnings and proprietary causal algorithms.

Nicholas was previously CEO and part owner of Publicis Mojo, one of the country’s leading advertising and media agencies.  In that time, Nicholas launched a wide range of complementary communications companies including media, direct marketing, PR, promotions, events, loyalty and consultancies adding to the Publicis Mojo offering.  It was here he discovered the power of quantitative analytics as it applies to media effectiveness, and now being applied to the capital markets.  He was with Publicis Mojo both in Australia and in the USA for over 25 years.

Nicholas has been a Council member for the National Museum of Australia (NMA), the Council for the Royal Botanic Gardens and Domain Trust, and previously sat on the Board of the Tourism and Transport Forum (TTF).

Nicholas has been involved in raising money for various charities over the last two decades, and has been the founding co-Chairman of The Bestest Foundation for over a decade. Historically he has worked for The National Heart Foundation, Alzheimer’s, The Red Cross and The Sport & Tourism Foundation, and with Mojo, he’s been involved with pro-bono work for The Cancer Council (Prostate), Youth off the Streets, and Aged Care, Cerebral Palsy and many others.

Bestest Foundation’s primary mission is to ease the heavy burden and the neglected needs of children who fall outside the standard boundaries of the larger established charities.

Stay up-to-date and get our latest news by email.